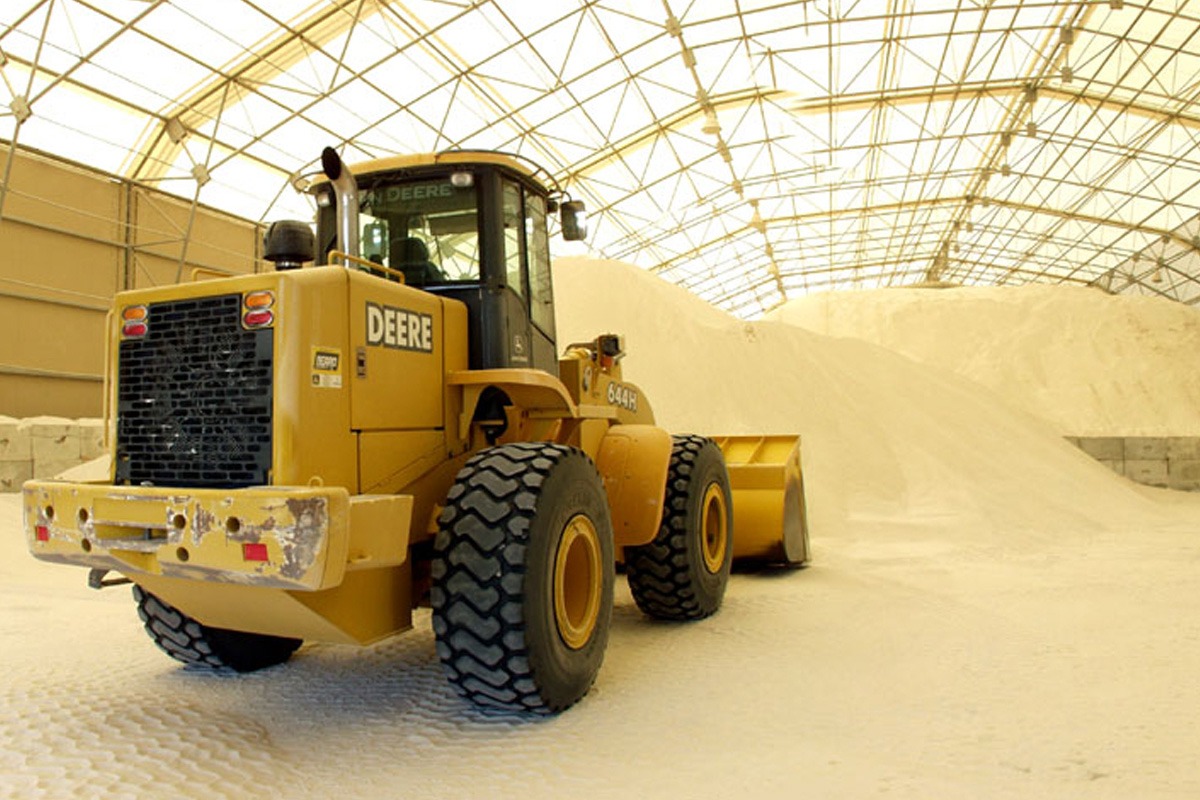 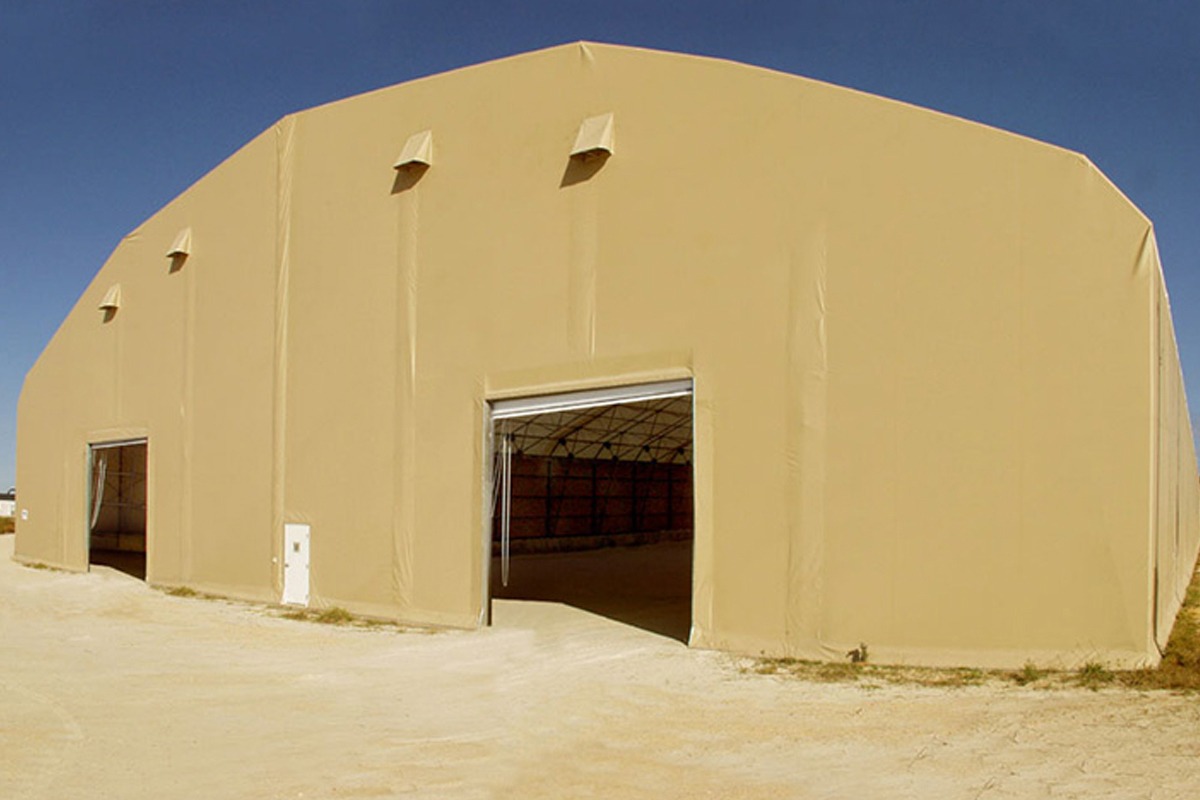 Silver & Baryte (S & B) Industrial Minerals, North America, Inc. imports minerals for distribution in the eastern United States. S & B approached Rubb about their need to build a bulk storage facility for perlite in the Mobile, Alabama area.

Rubb proposed and subsequently built a 130’ x 433’ (56,333 ft2) BVE Range Rubb building at the port facility in Theodore, AL. The building was designed to code which required the design to withstand sustained winds of 110 mph (130 mph 3-second gusts) and a live roof load of 12 psf.

In September of 2004 the two year old structure was subjected to the fury of Hurricane Ivan. The hurricane with sustained winds of +135 mph came ashore from the Gulf of Mexico at Gulf Shores, Alabama; just across Mobile Bay from S & B’s Rubb warehouse. The track of the hurricane moved inland up the eastern shore of Mobile Bay and subjected the Rubb building to sustained winds 30 mph higher than the design wind speed. As the hurricane moved inland and people were able to return to the site they found the Rubb building intact and the perlite dry. The entire area surrounding the warehouse was heavily damaged.

Mr. John Poulakis, Manager of Operations and Technical Support for S & B, said: “I would like to express our company’s satisfaction for the quality of the work you have accomplished at this site and validate the outstanding working efficiency that this structure can provide.” 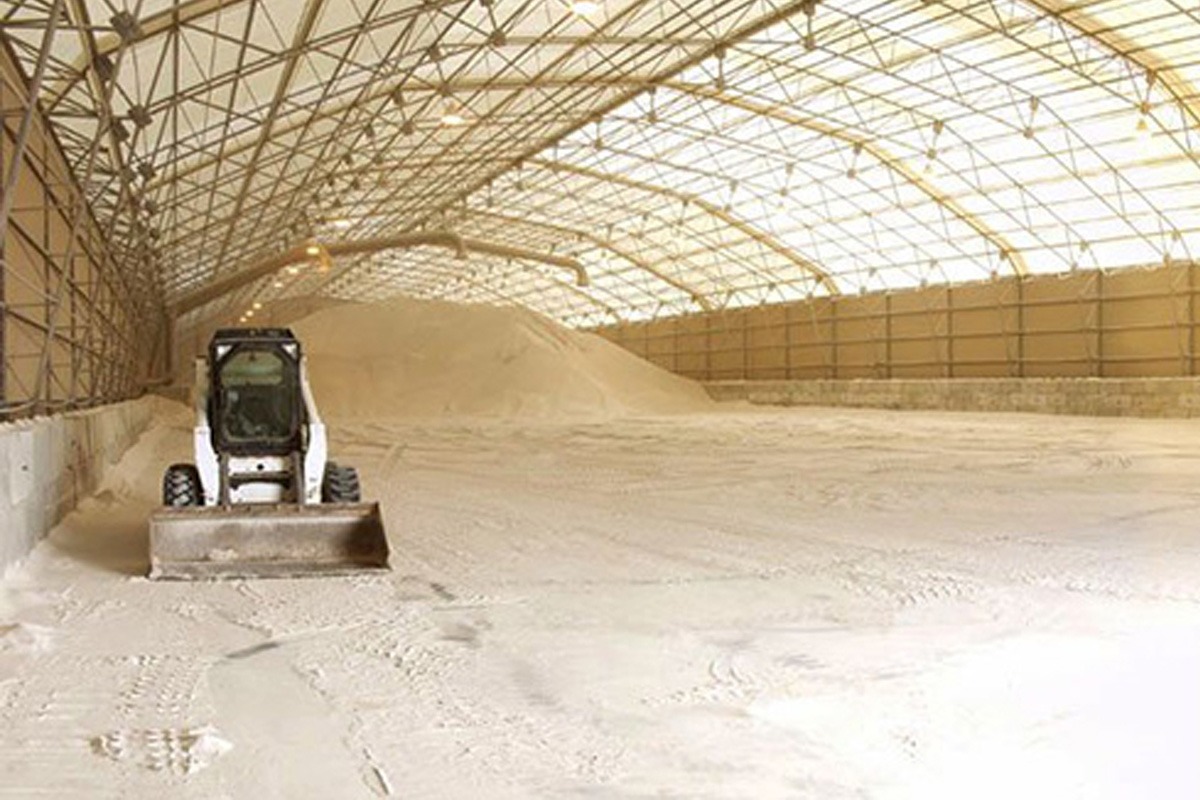